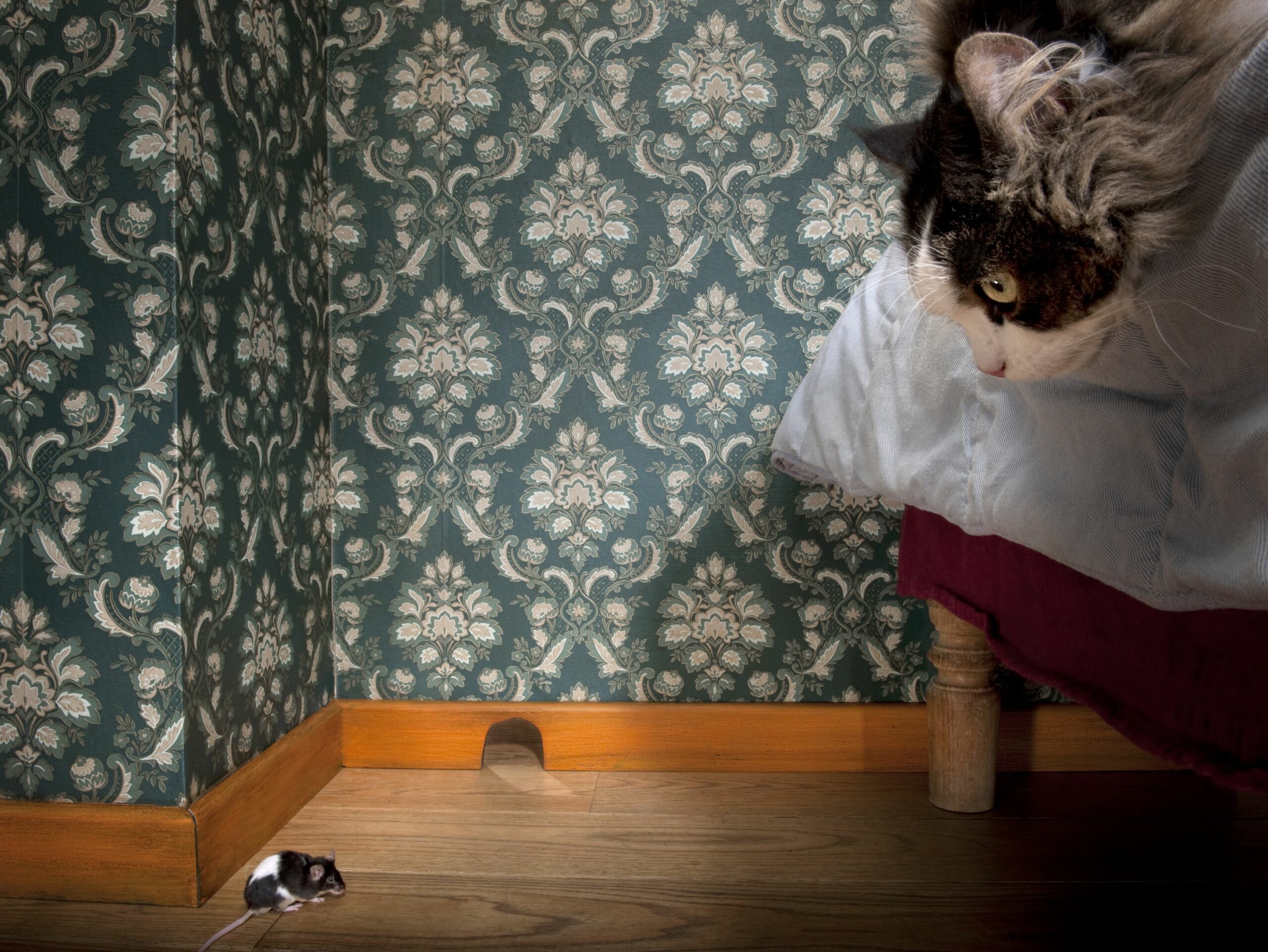 Mouse in the House

“Hickory, dickory, dock, the mouse ran up the clock;

The clock struck one, and down he run, hickory, dickory, dock.”

BUT WHY is the mouse in the house to begin with?!! One mouse running up and down a clock in your house means one main thing: THERE ARE MORE!

Out of the rodents that often cohabitate with people, the house mouse is one you are more likely to come across. House mice tend to like the food and shelter that human spaces provide, which could be bad news if you don’t take the proper steps to keep them out. They can infest both homes and businesses, so locations like restaurants, hotels, and apartments could all be at risk. House mouse infestations in these environments could potentially result in customer complaints and reputation damage. Though it may sound scary, arming yourself with knowledge about house mice, and how to handle an infestation, could help you spot signs of a problem and prevent more serious issues. Hopper Termite & Pest is here to help you avoid mice issues – and guarantees to give them marching orders in your home!

Mice have an uncanny way of getting to their destination – and they usually wind up in places where they just don’t belong! Mice can use pipes and utility lines to go from one building to another, and you may transport them inside on equipment in the case of commercial properties. It’s crucial to watch out for ways they could be entering and alert Hopper as soon as you suspect they’ve gained access. Aside from eliminating the mice, one of our Service Professionals can help you know how to prevent them from getting in.

Mice are commonly responsible for causing damage to personal property and are notorious for commercial crop destruction. In agricultural communities, mice may also be responsible for machine and equipment malfunction. These pests are capable of causing massive losses in commercial farming enterprises, as food that has been contaminated by mice is rendered unfit for consumption.

Mice can contaminate surfaces and food sources within homes. Hantavirus is a particular threat associated with particular rodents such as deer mice. The virus is contracted with inhalation of particles released when mouse droppings, urine and saliva are disturbed. Humans who consume contaminated food may contract a number of mouse-borne diseases, including salmonellosis. Within domestic environments, food contamination may be less obvious and foods may be consumed unknowingly. They destroy storage boxes, electrical lines and other materials while building their nests. Some of the dangers of a mouse in the house include contamination of food and surfaces from urine and droppings, spread of bacteria and harmful diseases including Hantavirus Pulmonary Syndrome, and extensive damage to structures, furniture and personal belongings from their constant gnawing.

Mouse populations can expand to include over 200 specimens in a matter of months. House mice may also live and multiply in fields or yards, creating their nests in places like burrows. Outside, they turn to items such as roots, leaves, and seeds for a source of food. You’ve probably heard that cats prey on mice, but other animals such as ferrets, foxes, snakes, and owls are mouse predators as well. Luckily for them, mice have good senses of smell and hearing, often allowing them to outsmart predators. House mice are second only to humanity as the most populous mammals in urban areas.

Mouse nests can be located within homes, and infestations become obvious when holes appear in walls and floorboards. Nesting areas may be found in drawers, shoe boxes, storage boxes, under cabinets and other areas that are seldom accessed. Infestations should be handled swiftly and are most efficiently dealt with through professional pest control methods.

The presence of mouse droppings is an early and certain indication of an infestation. These dark, tiny feces are particularly dangerous and should not be handled without the use of gloves and a protective face mask.

Mouse tracks are sometimes visible in dusty or muddy areas, and holes in walls confirm their presence as well as their nesting places.

Homeowners experiencing infestations may hear noises at night, and smell the mouse urine in areas with poor ventilation. The constant chewing of mice also causes damage to electrical wires, clothing, books, and furniture. You may hear mice moving around while you attempt to sleep. Typically, the greatest amount of mouse activity takes place at night, although it’s also possible to spot them during the day.

Have you noticed droppings or other red flags of house mice? Hopper Termite & Pest is your local expert in mouse control. We realize mouse problems can be very alarming and need to be resolved as soon as possible. We will work with you to eliminate mice from your property and can give you advice on how to keep these pests from returning.