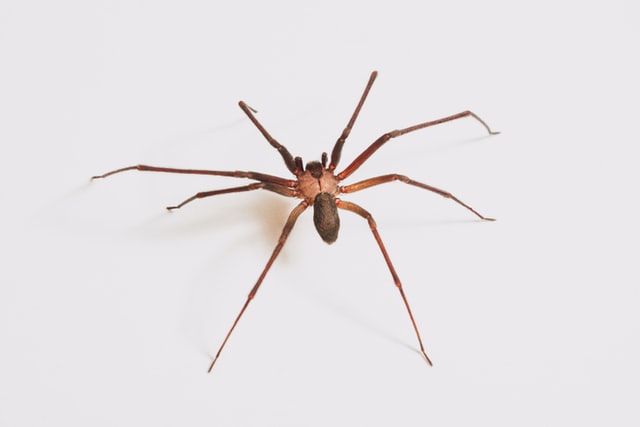 Five of the Most Common Spiders in Arkansas

Spiders are a fact of life. Whether you own a home, live in an apartment, or even camp in a tent out in the woods, there’s a good chance you have come across one of these eight-legged crawlers at some point. There are literally thousands of different species of spider in the world, and thousands of those thousands are found here in the great state of Arkansas. However, not all spiders are created equal and not all spiders are all that common. In fact, there are a select few that you might encounter more often than any other type of spider.

Here are five of the most common species of spider found in Arkansas and some tips for keeping them outside of your home where they belong.

While spider names aren’t always honest, the common house spider is probably the most aptly named spider on this list. Found in every single US state and frequently making their home near human habitations, the common house spider is a frequent intruder. They are often found in basements, attics, crawlspaces, and even in the eaves under homes, where they spin webs to catch flies, mosquitos, and other food sources.

Common house spiders do offer a venomous bite, but their venom isn’t potent or dangerous for humans. At worst, it typically feels somewhat like a bee sting in its sharp nature. Typically, a bite has no real long-term impact, and will typically itch for a few days or so at the most. Keeping these spiders away is a challenge, but they are typically stopped with a bug barrier and keeping spider-attracting features like heavy brush and woodpiles away from the area immediately around your home.

The black widow is commonly known as one of the most venomous and dangerous species of spider in North America, and this isn’t undeserved or untrue. Famous for their characteristic black bodies with a distinct red hourglass marking on the underside of their abdomen, black widows are incredibly common in Arkansas and can be found around houses almost everywhere in the state. Black widows do possess a particularly dangerous venom, although it is exclusive to just full-grown adult females. Juveniles and males typically don’t have enough potency to cause any real harm.

With that being said, the Southern Black Widow’s venom does have the ability to cause some serious health problems, and may even be fatal for young children, seniors, and those with major health issues. It’s important to make your way to a hospital immediately if you have suffered a black widow bite.

Cellar spiders are also known as a “daddy long-legs” and are frequently mistaken for other types of insects you might find in your house. There is an easy way to tell them apart: a cellar spider does not fly (those with wings that look like giant mosquitos are actually crane flies), and they have a multi-sectioned body (insects with a single-piece body and no wings are called Harvestmen).

There is a popular myth that a cellar spider is actually one of the most venomous and deadly spiders on the planet, and that makes them particularly scary to find around your home. While they do have long fangs that can penetrate skin, their venom is borderline harmless to humans. Aside from an itchy welt at the bite spot, you won’t feel any other effects. However, we can understand if you don’t want these guys (or their impostor look-alikes) hanging around in your basement or attic.

The brown recluse is another one of those spiders whose power is well-known and not overstated. These spiders possess a nasty bite that could be deadly to those who are vulnerable, and that can cause severe skin damage to those who are healthy. They are generally small (roughly around the size of a quarter when you include their legs) and their brown color often makes them well-camouflaged in just about any environment. However, their easily identifiable feature is a dark-brown pattern on their abdomen that looks somewhat like a violin. This is what gives them their nickname the “fiddleback” spider.

However, contrary to popular belief, brown recluse spiders are not aggressive. In fact, they almost exclusively bite out of self-defense, and many of their self-defense bites are “dry bites” where they don’t actually inject any venom at all. With that being said, however, a bite could cause a serious wound to your skin that requires medical attention.

Remember how we said that a spider’s name isn’t always completely honest? Well, this is a prime example. The deadly ground crab spider may be deadly, but only if you’re a fly, mosquito, or some other form of small insect found in soil. To humans and pets, they’re pretty much completely harmless, as their small fangs probably aren’t even large enough to pierce through our skin except in the thinnest of areas.

The deadly ground crab spider gets its name from its crab-like appearance, where the first and second pair of legs are significantly larger than the third and fourth pair. Contrary to what you might believe, these spiders are actually remarkably fast, which makes them prolific hunters in their own right. However, you’d be forgiven for never actually seeing one of these spiders in action—females only get to a little under half an inch in length at most, and males generally get to only about half of that size. Odds are, unless one finds its way into your home, your eyes might never catch one.