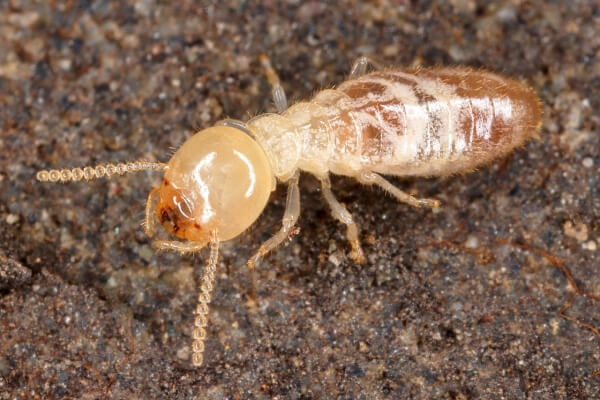 Termites are an obnoxious and potentially dangerous pest. Termite colonies are notorious for dealing truly incredible amounts of damage to homes without you ever being any the wiser to their presence. However, while most people know that you definitely don’t want to find termites in your walls, few people know almost anything else about these creatures that are, admittedly, somewhat fascinating. Here are five facts you probably didn’t know about termites.

1. Termites Are Everywhere… Unless You Live in Alaska

Termites are by far one of the most common insect organisms in North America. In fact, only ants are more plentiful. That means if you own a home, you will have to regularly have your property inspected and take precautionary measures in order to protect it from termites. That is, unless you live in America’s last great frontier to the north: Alaska.

Alaska’s climate is simply not conducive to allowing termites to live. Because it’s so brutally cold there for so much of the year, there’s a rather thick layer of permafrost that exists up to several feet below the ground. This is typically the area of the ground that termite tunnels and colonies would exist in. However, as it’s frozen over for much of the year, termite colonies simply can’t sustain themselves. Thus, termites are not a common problem there. (Moose, on the other hand, are a much bigger issue.)

Well, I guess you can say this one is only partially true, as not all termites can fly. In fact, the overwhelming majority of termites can’t. However, termite queens and kings have wings and can fly, and this is extremely important for the species. Queens and kings are reproductive termites that have the important responsibility of mating with other reproductive termites from other colonies. This diversifies the gene pool and keeps the species thriving. If termites only mated internally, their gene pools would be extremely limited, and the colony would likely fall apart.

Interestingly enough, termites will typically only fly during swarming season. During this season, they will find their mate and then break their wings off completely once they do. This signals the start of a new colony. The process isn’t a quick one-and-done though—a queen termite can live for up to 25 years and produce literal millions of offspring in her lifetime. Also, these winged termites are not the ones that actually cause damage to your home’s structure—the non-winged worker termites are the ones that can cause the damage.

3. Termites Are an Important Part of Our Environment

When we think of pests like termites, spiders, and even rats and mice, what we often think of are unwanted intruders that make our home life miserable. What we don’t think of is that these creatures are actually an important part of the delicate ecosystem that exists around us. Even something as small and insignificant to the world around us as a termite has its important place in the world.

In the case of termites, they are actually nature’s decomposers. They break down plant fibers of fallen, decaying trees, eventually returning those fibers back to the earth. This in turn creates fertilizer that allows new trees to grow in place of the old, fallen one, completing the circle of life for the forest. Termite tunnels are also an important for soil; by digging tunnels, this actually aerates the soil, allowing oxygen to reach plant roots, which in turn allows the plant to grow bigger and healthier.

A single termite is virtually inconsequential to your home. Even a small colony, on the other hand, is a huge problem. That’s because termites can eat far more than most people realize. A medium-sized colony (approximately 3 million termites) can consume an entire standard 2” by 4” by 8’ piece of wood in just two days. Over the span of an entire year, that’s more than 182 feet of wood. And that’s a serious problem for just about any homeowner.

All of this adds up to some pretty staggering numbers across the country. Every year, termites cause more than $5 billion in damage, meaning they’re one of the costliest pest species in the country. There’s a good reason why so many homeowners’ insurance companies and mortgage lenders require termite testing on a property before they’re willing to get involved with it.

5. Termites Come in a Variety of Sizes

Termites can come in many different shapes and sizes. That’s because to date we have discovered more than 2,600 different species of termite! Some are smaller, some are larger, and each has its own distinct characteristics. However, each has a few things in common with the others, such as a taste for wood and the tendency to build large colonies. In fact, some termite mounds can reach heights of up to 30 feet of more!

Suspect you have termites? Need your home inspected for signs of termite presence or damage? Call the pest control pros at Hopper Termite & Pest! Dial (479) 332-3745 to schedule your appointment.