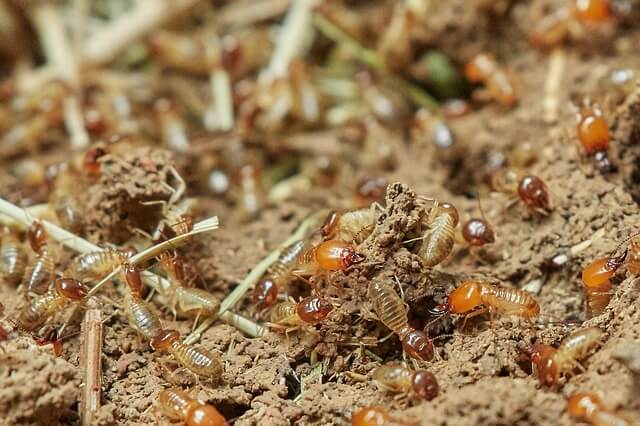 The damage that termites can do to your home is no secret. Every year, termites dole out billions of dollars’ worth of damage to homes, so they are rightly perceived as a pest and a threat to all types of structures. However, there is a substantial amount of misinformation about these bugs out there, and this may lead to some poor decision making. In order to know what to do to combat these bugs, you need to know the truth about them. This blog will help you start, as we take a closer look at (and debunk) five common myths about termites.

Myth: Termites are found everywhere in the world.

Truth: This one is almost true. However, there are a few very select, remote regions that do not have to worry about termites. These regions are found in both the Arctic and Antarctic Circles. Why are these areas spared? The answer is a simple one: permafrost. Like ants, termites primarily live in the ground beneath our feet in large colonies. However, in extreme northern and southern climates, there is a good chunk of the ground that remains completely frozen all year round. This frozen soil is known as “permafrost” and typically is found at the depth where termite colonies are found. And because termites can’t live above ground during freezing cold temperatures, they really have nowhere to go. Thus, they don’t exist in these extraordinarily remote climates. Therefore, residents of Alaska are the only ones in the country who don’t have to worry about termite issues.

Myth: Termites are part of the ant family.

Truth: Ants and termites share a few major common traits. Both tend to live underground in vast networks of tunnels. Both have a queen and thousands upon thousands of workers, making colonies that can number into the millions in large cases. And likewise, both have an affinity for invading homes. However, the two are actually not from the same family at all. In fact, beyond these commonalities, termites and ants are vastly different and therefore are not related to each other. Ants and termites are not even from the same Order, with the termite being more closely related to cockroaches than they are to ants.

Myth: Termites are a nuisance to society with no real purpose other than destroy.

Truth: Termites actually play an incredibly important role in nature, and therefore actually do some good in the world. Termites are nature’s decomposers, functioning as Mother Nature’s recycling system that breaks down old, dead material into nutrient-rich soil that then sustains new life.

Think of a tree that dies and then falls to the ground in the middle of the woods. Eventually, an entire colony of termites descends on that tree, tearing it apart while using it as a food source. This breaks down the tree. In turn, termite excretion then forms fertilizer which makes soil lush and nutrient-rich. That way the acorn that fell from that tree when it collapsed can become buried and begin to sprout. As the years pass and the rains continue to nourish the acorn, it will eventually sprout into a sapling and then eventually into an entirely new tree over the span of many additional years. And this all happens thanks to that colony of termites that decomposed the initial tree.

Truth: We’ll be upfront—if you place a termite into a completely-sealed box composed of pure concrete, the termite is not going to escape, nor will it be able to eat its way out. Termites can’t eat concrete. However, most concrete is not actually completely sealed. Concrete develops cracks over time, particularly concrete found in home foundations or constructed walls. These cracks form a small but adequate gap that termites can use to sneak into your home, where they can then gain access to the wood that forms your walls, ceiling, and even your roof.

You may think your home is protected from termites if you don’t have any exposed wood. Walls composed of bricks, stucco, or even concrete may seem impenetrable to these small bugs. But there’s a strong chance a crack has developed somewhere over time. And wherever that crack might exist, there’s a chance it may be the perfect entry point for termites.

Myth: Termites get pushed to neighboring houses when one home has a termite treatment.

Truth: We’ve unfortunately seen a few neighborhood gripes come up when one home has a termite treatment performed. The logic is that the termites are present anyway, and if one house has preventive or extermination treatments performed that the termites will just go to neighboring houses that they know are safer. This isn’t the case. Termite colonies are often so much larger than many people ever imagine, and in many of these cases, homes may actually share one large termite colony.

If your neighbor has a termite treatment performed and you suddenly start to see a huge uptick in termite activity in your own home, then you aren’t seeing a new problem. Rather, you’re seeing an increase in severity of an issue that already existed. Termites won’t jump to new homes just because one has a prevention treatment applied to it.

Don’t surrender your home to invading termites. Make the call to Hopper Termite & Pest Control and schedule your termite service by dialing (479) 332-3745 today.