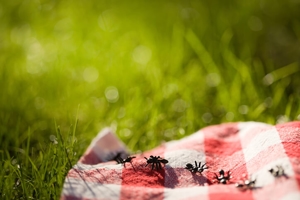 Did you know? Ants are the most populous animals on the planet Earth — other than humans.

4 Main Roles in an Ant Colony

Ant colonies operate in social structures akin to hierarchies. This means that certain ants have a superior role to other ants in the colony. The ants typically found in most colonies are:

These social roles help ants thrive because each role fulfills a specific need of the colony.

The queen is the founder and leader of an ant colony. She will always have a pair of wings and is typically much larger than any other ant in the colony. The queen is why ants build their nests so deep — her chamber is located deep underground to protect her from predators better.

The queen ant’s primary purpose is to lay eggs and continue to populate the colony.

Worker ants are the ant you typically think of and see when encountering ants in your home. Worker ants are female ants that are not queens — therefore, they cannot lay eggs. Their jobs include protecting the colony from ants from rival colonies, as well as building, maintaining, and feeding the colony.

Sometimes, the queen will lay eggs that hatch into winged ants. These ants can be both male and female, and their purpose is to leave the nest and establish new colonies. The males die soon after mating with the females, while some of the female ants survive to become queens of their own colonies.

Dealing with an ant infestation in Springdale, Fayetteville, Mountain Home, or anywhere in Northwest Arkansas? Give Hopper Termite & Pest a call today at (479) 332-3745.