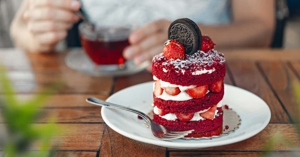 6 Everyday Products Made With Bugs

Bug lovers rejoice! As it turns out, bugs are everywhere. According to Julie Peterson, professor of entomology at the University of Nebraska-Lincoln, the total number of insects on the planet is estimated to be around 10 quintillion—that’s a lot of bugs.

Researchers suggest that due to their abundance and low-environmental impact, eating bugs as a main source of protein may be a more sustainable way to feed the growing human population. If you’re disgusted, you may want to keep reading. As it turns out, many foods and products you use every day probably include insects as an ingredient.

What common household products have bugs in them?

We’re a long way from accepting to eat bugs and insects as a main source of protein, but that doesn’t stop us from consuming bugs unknowingly. While some products contain bugs on purpose, the FDA actually approves certain levels of bug parts (or ‘fragments’) because it’s just too much work to make sure no bugs make their way into foods.

Here are some common things that may include insects in your home:

According to FDA guidelines, a 16 oz jar of peanut butter can contain up to 136 insect fragments before it is considered contaminated (and therefore, unusable). These levels are a limit, which means that products likely contain fewer bug fragments than this, but experts suggest that we may eat up to two pounds of bugs in our food products every year.

Natural red dye 4, also known as carmine or cochineal dye, is a dye made from crushing cochineal bugs to create a red dye common in many products. These include:

Back in 2012, vegetarian advocates protested the widespread use of carmine and got popular stores like Starbucks to discontinue the use of this in its products, but the natural dye is still a common ingredient in many foods.

Silk pillowcases, clothing, curtains, and other luxury items are made from the secretion of silkworms. Silkworms are an early stage of the Bombyx mori moth, and the silk we know and love is made from their cocoons. It takes approximately 2,500 cocoons to make one pound of silk.

Even your furniture has bugs! These products aren’t technically made from bugs, but like silk, they’re made from the secretion of insects. The clear topcoat on pills and wood furnishings is known as shellac and is actually named for the bug that it’s made from: the Laccifer lacca.

This insect feeds on sap and turns it into a secretion left on tree leaves. Shellac is made from collecting these leaves and grinding them up. The manufacturer then rehydrates the powder with ethyl alcohol to create shellac.

The FDA approves of up to 60 aphids per 100 grams of frozen broccoli. Aphids may be tiny, but they also make up 10% of bugs consumed around the world!

Bugs may be impossible to detect in your food or in products you use every day, but they can be avoided in your home! Contact the pest control experts at Hopper Termite & Pest for spider, termite, mosquito, roach, ant, and more pest solutions. Contact us online or by phone at (479) 332-3745 today for more information.