THE STING: WASPS AND HORNETS

The differences between wasps and hornets

Stinging insects send more than 500,000 people to the emergency room each year. While you may have heard of common offenders like Paper Wasps and European Hornets, are you able to tell the difference in how they look, what they eat, and where they like to nest? Hopper Termite & Pest are called to the scene of houses and businesses each year, especially in the warmer months, to help exterminate and control these unwanted flying darts. Here are some details to help you tell the difference, suggestions as to what you can do to help control them, and what to do in case of a sting. 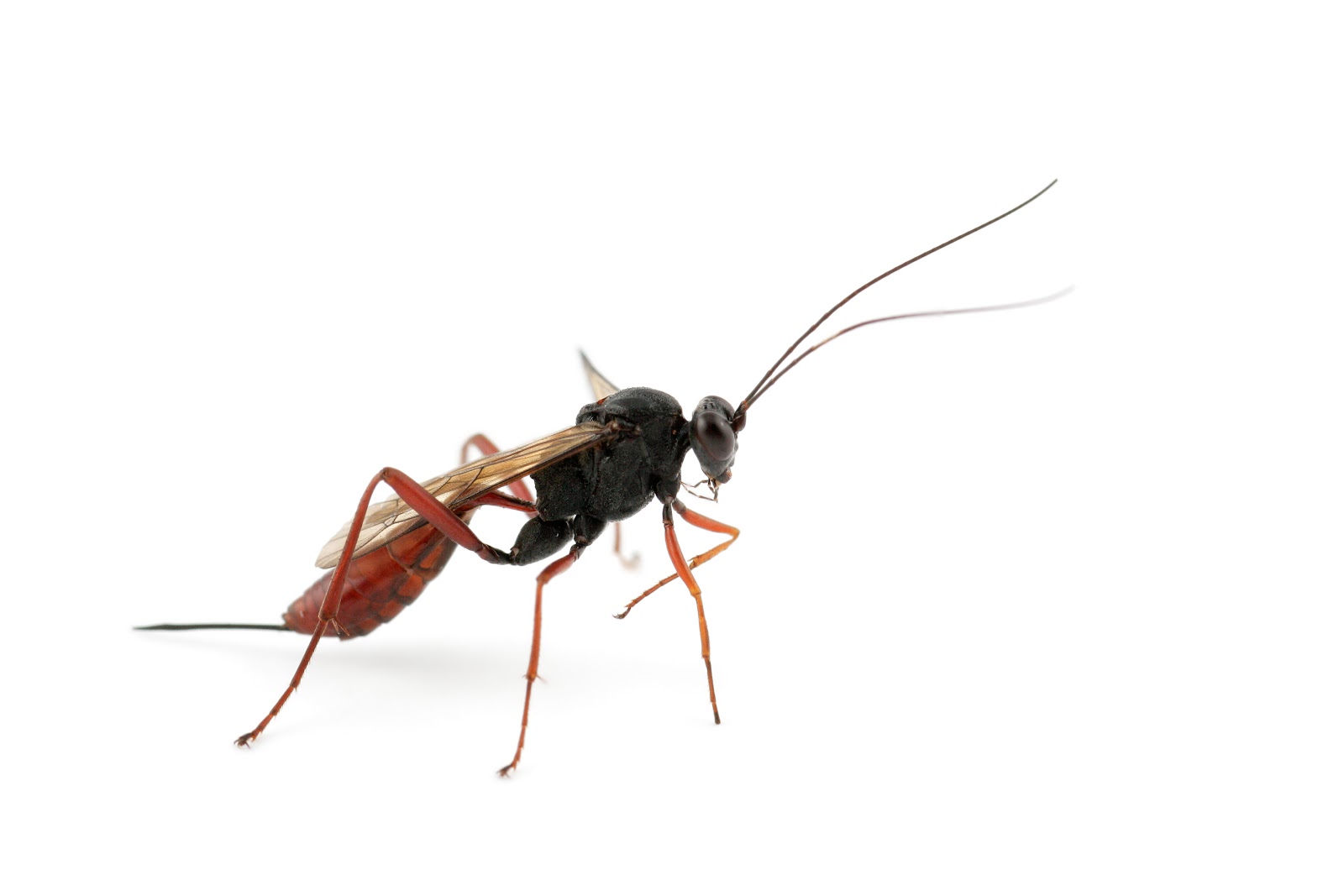 Paper wasps get their common name from the paper-like material out of which they make their nests. They are mostly brown with some yellow coloration and have a somewhat thinner “waist.” 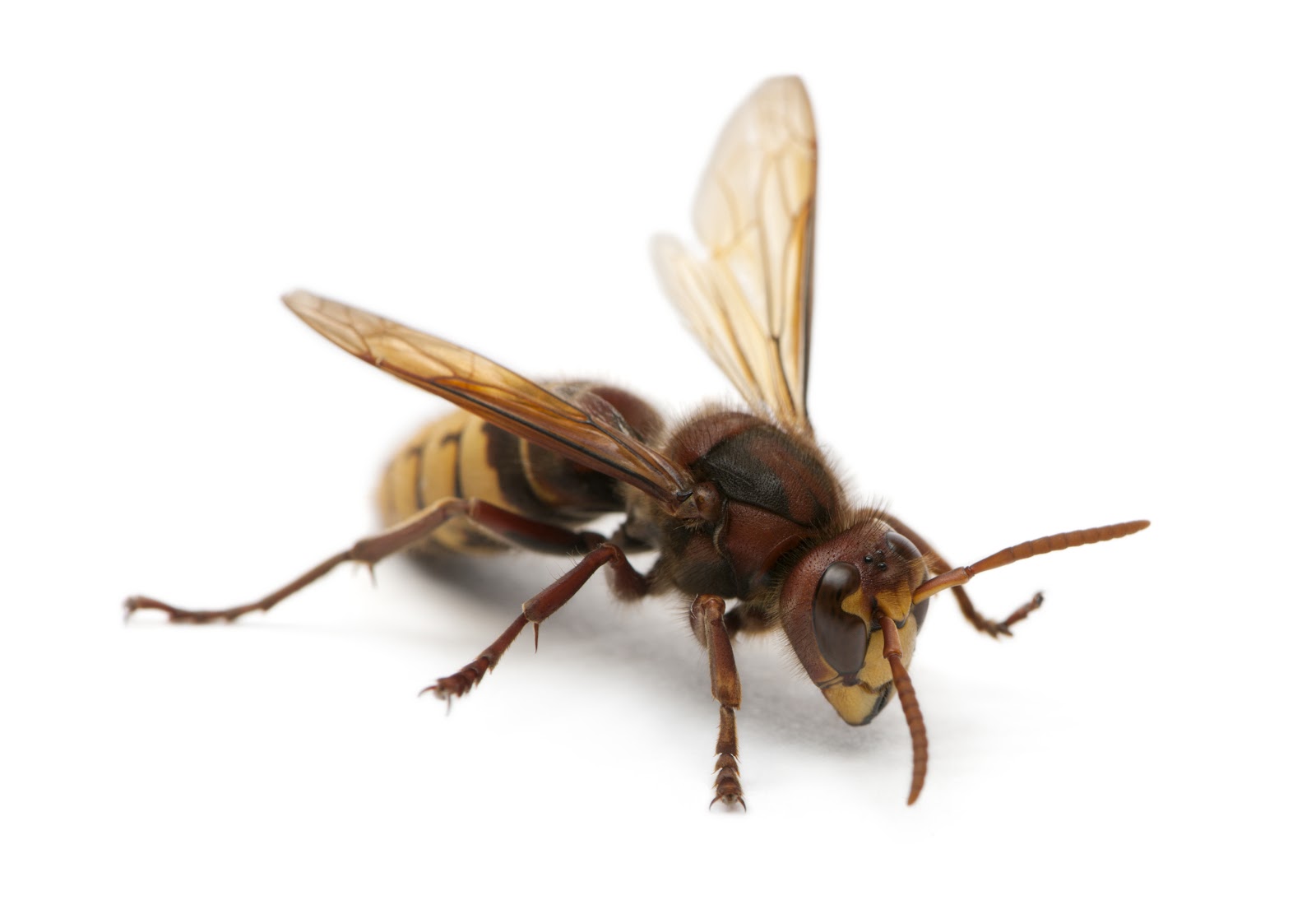 European hornets, also called giant hornets or brown hornets, get their common name from its introduction from Europe into New York in the 1800s. They are larger than paper wasps and are brown with yellow stripes on their abdomens. 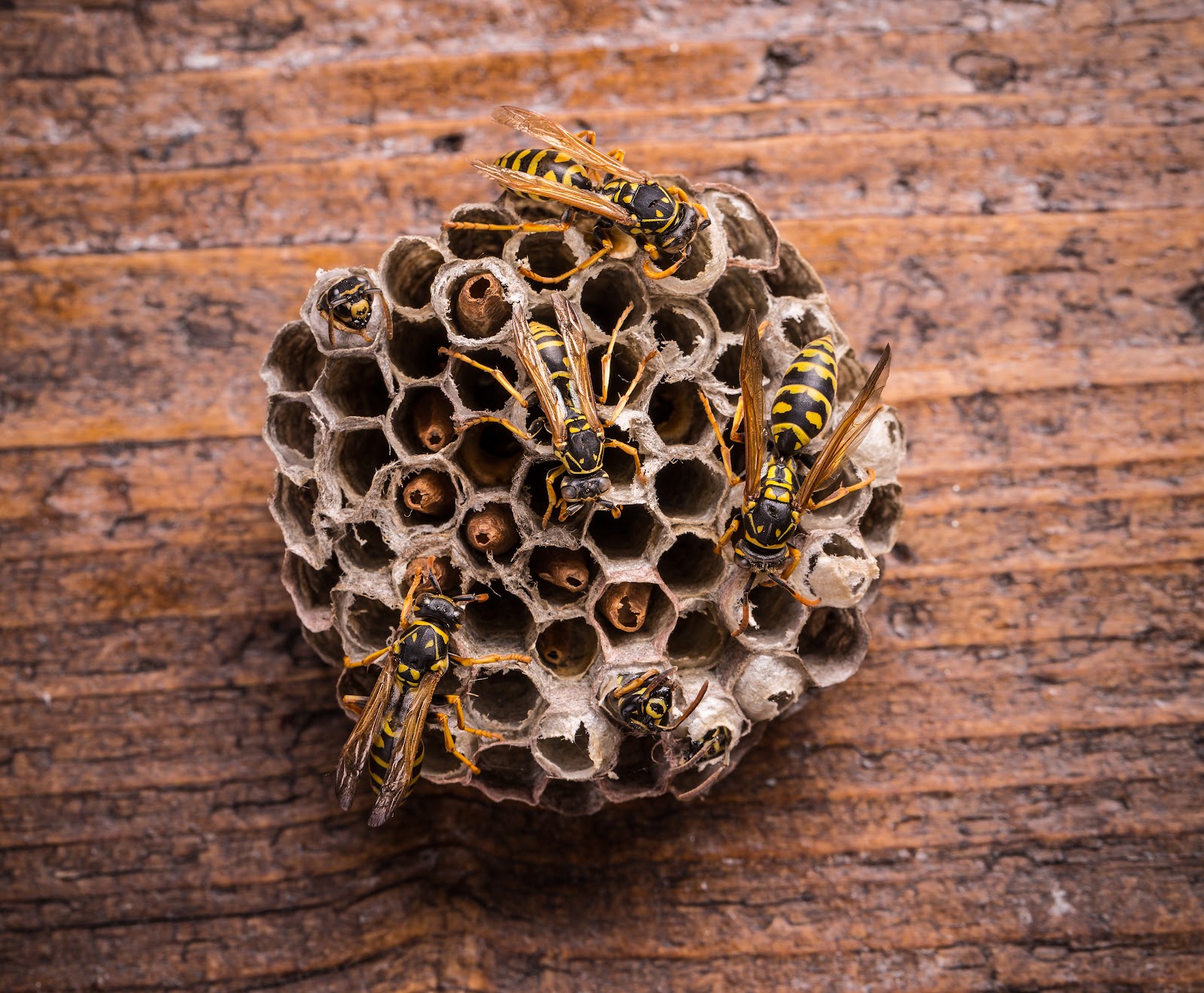 Paper wasps build their umbrella-shaped nests to hang from objects like twigs and branches of trees and shrubs, porch ceilings, the tops of window and door frames, soffits, eaves, attic rafters, deck floor joists, railings and more. Each nest has open, uncovered cells where the eggs are laid.

European hornets nest in hollow trees, barns, out buildings, hollow walls of houses, attics and abandoned beehives. Unprotected nests are usually covered in a brown envelope made of cellulose from chewed up, decayed wood.

Paper wasps eat nectar and other insects including caterpillars and flies. In the autumn, future queens will seek places to spend the winter and may find their way indoors, only to emerge come springtime to build their nests.

European hornets prey on a variety of large insects such as grasshoppers, flies, yellowjackets and honeybees, and are also known to eat tree sap, fruit and honeydew. They usually appear in late summer and, unlike most stinging insects, can be active at night.

Paper wasps, while not an aggressive species by nature, will sting if they are disturbed or their nest is threatened. Their stings can be very painful and can cause the same risk of allergic reaction as other insect stings.

European hornets have smooth stingers, so they can sting over and over again. Hornet stings also carry venom that makes the stings hurt, itch or swell for about 24 hours, and can cause the same risk of allergic reaction as other insect stings. European hornets can also do a great deal of damage to trees and shrubs because they strip the bark to get to the sap. They also use the bark fiber to build their nests.

The best way to prevent an infestation and the potential of getting stung is to make the home less attractive to stinging insects. Before trimming shrubs or hedges, or picking fruit, check the plant for nests to avoid contact with stinging insects. Seal cracks and crevices in the home with an appropriate sealant, repair any tears in screens, and try to keep doors closed to prevent stinging insects from entering the home. Keeping food covered, especially when outdoors, will also help keep stinging insects at bay when they are in search of nourishment. When spending time outside, people should avoid wearing strong fragrances and opt for unscented hygienic products. Likewise, they should wear shoes that cover and protect their feet from potentially being stung.

WHAT TO DO IF YOU'VE BEEN STUNG:

If you find a stinging insect nest on your property, contact our pest professionals promptly. We will be able to inspect your home, confirm the type of stinging insect and recommend a course of action.